Not All Junk is necessarily Junk

Why do you get all that crap in your mailbox from agents?

Because, for a rep to be in your mind for that day when you actually need real estate service, they have to do things that help you think of them at that critical time. Some of the big teams handle that by putting something in your mailbox virtually every week.  It may annoy you at the time, but they do it because it works.  Luckily, most of us can't afford to do that even if we wanted to. 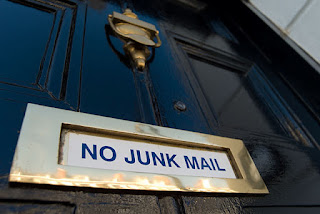 When Lee and I hand-deliver material (calendars in our neighbourhood, for example) I always pause at the signs on doors and mailboxes that read "No Junk Mail".  We would always respect people's wishes, but I would also never put something in your mailbox that I thought was junk.

Yes, our material often contains a percentage of self-promotion. I could argue that our shameless bumpff is useful information on area services and therefore not "junk".  But I won't, because that probably would be an argument and, for some, is exactly what they mean by "junk mail".

But we always have something else that we truly believe is good information.  There are the "Just Listed" cards.  We don't broadcast these far and wide, but try to focus them in the immediate area of the listing.  The idea is that people who like their neighbourhood are often keeping an eye out for friends or family who are interested in moving to the area.  At a minimum, almost everyone is interested in what is happening in their 'hood.

Our other mailings have been known to be newsletters, or coupons for a local cafe ... something of value.  Our recent approach has been to put a high-quality photograph of a local scene on the entire front of a postcard.  Typically we have bought the rights from local professional photographers.  People put them on their fridge, they frame them, they call and ask for more.

Here's the latest one: 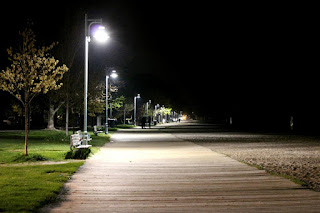 You can see the rest here: www.leadingthewayhome.com/postcards.htm

Notice I haven't mentioned the standard card full of "Solds".  We don't do that and I've never fully understood it. I guess it shows that an agent has some experience and is intended to show that they are busy and successful. But you can say that in a sentence. 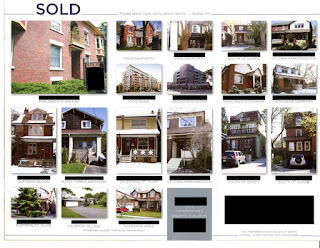 We just got one in our own mailbox that piqued my interest and inspired this post.  It caught my attention as a tri-fold brochure rather than the usual postcard. I can't get too snooty since the front cover was a lovely and interesting new listing (albeit a long way from my area, with no detail other than price and general neighbourhood).  But was also different because I didn't recognize the agent or the brokerage and yet it was loaded with 18 "solds".  Even after discounting the oddities that hailed an hour and a half drive from my community there were quite a few local addresses.

Since I was online anyway, I checked a couple of the addresses on MLS.  I sniffed on finding the first one was over 2 years old.  Well, he hadn't said "Just" sold.  But the second one dated from 2003!

Anyway, there you are.  A little story, why you get all that stuff, and why I believe that not all junk mail is junk.  Some of it is useful or valuable or entertaining ... at least "Junque"!

Remember the wisdom of George Carlin, who wondered why his s**t was stuff, but other people's stuff was s**t.