[This blog. I'm sure I read that a post a year was all it took to get a huge readership. Turns out it was once a day. I'm going to try one more time to get closer to once-a-"something closer to a day than a year". What better way to restart than an attempt to scare the bejeebies out of some of you? ...]

This article recently appeared in the Globe "Is it the right time to sell..."

For the better part of a decade, Lee and I have been unhelpfully telling people that all we know is that we don't know, and that a real estate market correction, while inevitable, is a crapshoot in terms of the all-important "when?" and "how big?". 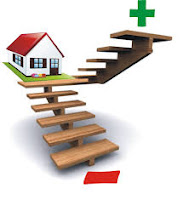 If you haven't heard the rant at all or recently, it goes like this: On any given day I can find a well-researched article in the Report On Business by a very smart respected expert that clearly proves the market is going to crash ... now.  And about 3 pages before or after is an equally well researched article by a very smart respected expert proving that everything is fine ... relax.

Six or seven years ago I would have advised caution; I was not totally stupid or totally disrespected and I did have some middling expertise, and I was totally wrong.

Our current thinking is that whatever happens, whenever it happens, will be fairly gentle -- maybe a flattening rather than an actual fall.  But I could be wrong again ... the most worrisome point being that a lot of those smart experts now agree with that theory.

So why is this latest article worthy of note?  It suggests the same story:  real estate goes up and down over time, but over time the overall direction is up. It suggests there has to be a correction and maybe soon, but if you hang on you'll be fine.

But the author touches on an interpretation that I haven't seen talked about much, and which somewhat counters a fear that is being talked about all the time.

Younger folk are taking on massive amounts of debt to get into what may be a too-hot market. Danger Danger Danger!  Well, so long as they can handle an increase in interest rates without losing the house they will be fine in a few years, maybe a decade.  Hang tough and let that price curve get back to its historic upward run.

Meanwhile their baby-boomer parents think life is golden.  They bought a house back in the day for what is now their credit card limit. Now it's worth one or two zillion dollars. Once the last kid leaves for the last time and retirement is imminent, they can cash in on the 4 bedroom detached, buy the nice two bedroom condo and live the good life on the equity that is now a huge gob of cash in their investment accounts. 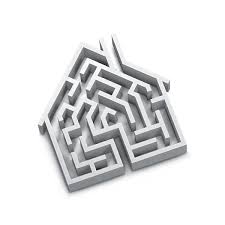 Financial planning types occasionally scare the crap out of their clients by noting the massive difference that a bust/boom in the first few years of retirement can make to the whole rest of your life.  A 10 or 15% drop in the value of your finances in the first year or two can be hard or impossible to replace if you aren't careful.

The point: If the equity of your house is important to your retirement years, you might want to lock that in rather than just waiting until your hips hurt and you don't like the stairs anymore.

Think about it as a regular investment. If you invested half your savings in a stock (Apple or Blackberry, take your pick based on your optimistic/pessimistic tendencies) and it doubled in a few years and you were getting close to retirement, would you hang on to it or take some profits and diversify a bit?

If that home equity is just gravy to pay for an extra cruise each year, then continue as you were and move whenever you are ready.  But if it is key to your envisioned lifestyle, manage it as the important financial asset that it is.

UPDATE: And CBC hopped onto this issue, but with a bit of an emphasis on Halifax and some other markets that may have already peaked and a few senior owners having an "uh-oh" moment.
Posted by Unknown at 3:01 PM No comments: